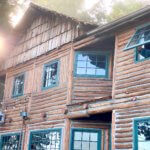 It's amazing that such a place like Whidbey Island exists mere minutes away from a sprawling Seattle metropolis, and the twenty minute Mukilteo to Clinton Ferry is all that's needed to refresh the canvas to begin a new adventure. The long and narrow stretch of land takes command in the Puget Sound, spanning 55 miles -- from the Clinton Ferry Terminal (on the south) to dramatic … END_OF_DOCUMENT_TOKEN_TO_BE_REPLACED 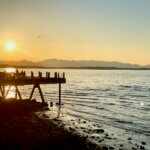 Go West! The formal start of Seattle traces roots back to a group of settlers from New York who arrived on Alki Beach, at the point of West Seattle, in 1851. It's believed the eager pioneers chose to name the point of land jutting into Puget Sound "New York", and one of the Duwamish Indians added "Alki" to the end, which was a Chinook Indian term for "by and by." The name … END_OF_DOCUMENT_TOKEN_TO_BE_REPLACED 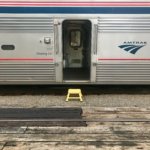 Waking up in the middle of the Rocky Mountains in the sleeping car of long-distance Amtrak train Empire Builder is an amazing experience. Acres of fir trees race by as we weave in and out of rushing mountain streams, the tracks constantly turning. The train pulls into the Whitefish, Montana station, giving us our first chance to step onto stable ground since leaving Seattle … END_OF_DOCUMENT_TOKEN_TO_BE_REPLACED