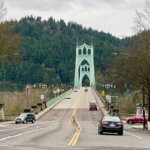 Follow for unique side trip options to get off the interstate -- a Seattle to Portland drive road trip planner. My life is a tale of two cities. I was born and raised in the Portland area but my mom and a ton of family hailed from the Salish Sea, in Washington State. On Christmas Eve we'd have a celebration in my hometown of Scappoose with one side of relatives, then pile … END_OF_DOCUMENT_TOKEN_TO_BE_REPLACED 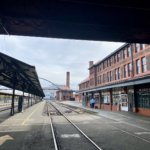 My life always straddled Oregon and Washington State, with my mom from the Seattle area and dad from Portland. So we traveled often between the two cities to visit relatives. Lots of driving, but also train rides, which were held over me as a treat for being well-behaved (didn’t happen too much). There was always something electrifying about gliding on rails while the familiar … END_OF_DOCUMENT_TOKEN_TO_BE_REPLACED 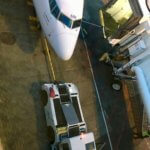 The Pacific Northwest is a relatively open space of land that makes up diverse beauty. The population of Washington is 7.6 million and Oregon hails around 4.2 million people, for an area larger than the size of Germany, which has 83 million people. Yet, most of the population in the region centers around the two metropolitan areas of Seattle, Washington and Portland, Oregon. … END_OF_DOCUMENT_TOKEN_TO_BE_REPLACED 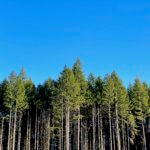 Columbia County is a quiet area of Oregon located north of popular Portland. The population is just over 50,000 people, who mostly live in small towns lining the mighty Columbia River. This includes my hometown of Scappoose -- now considered a bedroom community of Portland due to the convenient location on a beautifully scenic and easy highway only 15 miles away. This … END_OF_DOCUMENT_TOKEN_TO_BE_REPLACED 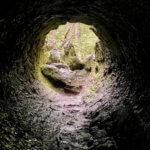 A day trip from Portland to visit Mount St. Helens is a right of passage for any Pacific Northwest local or visitors to the area. The south side of the National Volcanic Monument is easy to reach and the open road inspires freedom and fresh air. Take a break from the stresses of daily life and break away to pine needles, lava tubes, pristine lakes and alpine hikes. Mount … END_OF_DOCUMENT_TOKEN_TO_BE_REPLACED